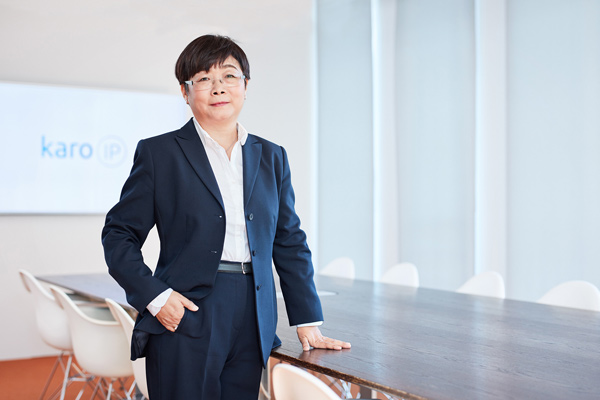 Dr. Yingkun Brunner has extensive knowledge in European as well as Chinese patent law and advises our clients in particular in the field of biology and biochemistry.

She studied biology at the Shaanxi Teacher’s University in Xi’an. She was enrolled at the Hebei Teacher’s University in Shijiazhuangand and at the Institute for Genetics of the Chinese Academy of Science in China. She was also occupied as a lecturer at several universities in China and Germany, namely at the Yantai Teacher’s College, the Hebei Hybrid Wheat Institute of the Hebei Teacher’s University, China, and the Faculty of Biology of the Ludwig-Maximilians-University of Munich (LMU). From 1997 to 2004, Ms. Dr. Brunner engaged herself as a Scientific Collaborator and Research Associate at several research institutions, inter alia at MWG Biotech AG, Germany. 2010 she started her career in a well-known German patent law firm in Munich and qualified as a European Patent Attorney. During her occupation at LMU Ms. Dr. Brunner also graduated with a dissertation in the field of phytology. Because of her distinguished knowledge regarding European and Chinese Patent Law Ms. Dr. Brunner joined the KNH Patent Attorney team in 2015. In 2018 she joined the team of karo IP.

patent application and granting proceedings and patent prosecution before the EPO, especially in responding office actions and in opposition proceedings; appeal proceedings before the EPO; patent infringement litigation, opinions on the validity and scope of patents, freedom-to-operate; advice in license agreements; In-depth knowledge of Chinese patent system.