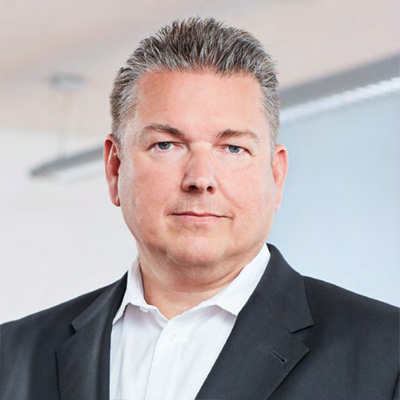 Werner Staufer studied mechanical engineering at Ruhr University Bochum from 1989 to 1994. As part of this degree, he started looking at the use of CAD and FEM systems in the early 1990s. After his degree, he worked in the automotive sector as a self-employed designer for renowned companies such as EDAG, YMOS, VALEO, PSW and AUDI, focusing on the development of interior components such as door cladding, vehicle seats, center consoles, and locking systems. In the process of training to become a German Patent Attorney, he completed parts of his training at a renowned West German office of patent attorneys, the German Patent and Trade Mark Office, and the Federal Court in Munich, and was admitted as a German Patent Attorney in 2003. Up until 2008, Mr. Staufer was employed at a South German law office and KNH Patent Attorneys in Düsseldorf. During this time he focused heavily on exhaust gas after-treatment systems and spinning machines. From 2008 to 2012, he worked in industry as the Head of the Patent Department at MAN Truck & Bus and then, until 2019, as Head of the Patent Department of a leading company in the sanitary sector. Since 2019, he has been deploying his many years of industry experience at KARO IP.

Creating patent registrations, executing patent-granting procedures in Germany and Europe, supporting foreign patent-granting procedures, preparation and execution of objections to German patents, support for patent departments relating to questions of competition monitoring, inventor royalties, identification of inventions, IP strategy, creation of expert reports relating to validity and breach of patents, advice in the development of strategies for trademark rights, support for clients in patent violation proceedings and the execution of patent invalidity proceedings, advice and support for trademark and design registrations including advice in matters relating to trademark disputes

Automotive engineering for passenger and commercial vehicles, in particular the interior, vehicle seats, locking systems, drive components such as the transmission, couplings and links, as well as exhaust gas after-treatment systems; locks and locking systems; sanitary fittings of all types, and textile and spinning technology